Gucci Mane and Keyshia Ka'oir finally tied the knot in front of TV cameras, all in white, with a super famous guest list, and best of all ... BET picked up the tab!

Gucci and Keyshia got hitched Tuesday night at Miami's Four Seasons Hotel, draped from head to toe in white outfits ... a theme they kept going from Gucci's knee-less proposal.

As we reported ... BET had cameras rolling for the nuptials, which aired live. The couple scored $650k for the deal -- which includes a 10-episode series -- plus the all expenses paid million-dollar wedding. Great work if ya can get it!

Keyshia and Guwop's hip-hop pals 2 Chainz and Diddy were there, along with 'RHOA' stars Kim Zolciak-Biermann and her daughter, Brielle -- plus Karrueche Tran, Big Sean, Rick Ross, Monica and more. You'll recall ... their invitations were legit. 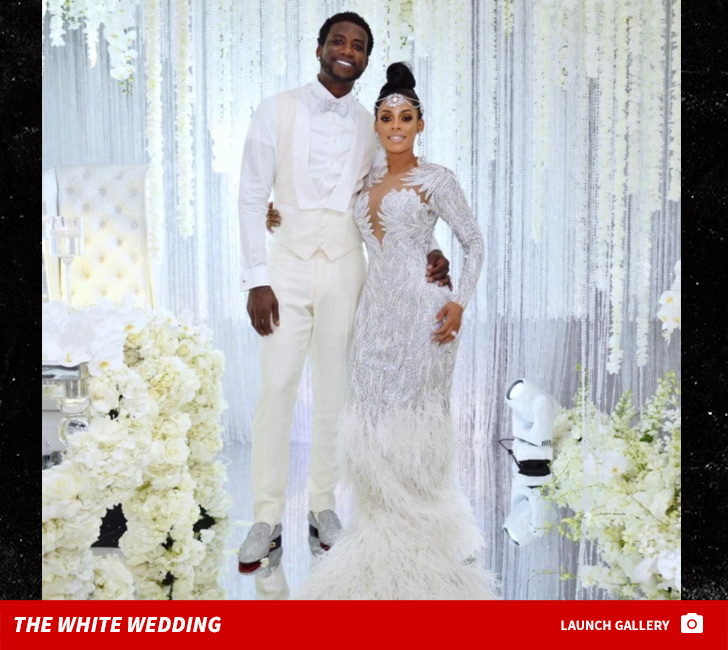